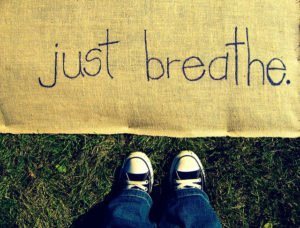 A friend of mine said he liked my writing.  This is not meant to be self-serving (well, anymore than usual).  I thanked him, and he told me it reminded him of David Brooks of The New York Times.  I don’t read The NY Times, not for any reason other than I live near Boston, I usually read The Boston Globe, and like most other people, I find both my real and fake news on Facebook.

After reading Brooks’ latest column, I realized I have a long way to go.  I responded to my friend with the wish that someday I am half as good as Brooks.

He responded with ‘I, too, long for the day when my writing is as natural as my breath.’  What a great line. My writing is more like my snoring.

Writing is a skill, and like most skills, you can improve with practice.

Companies also have many ‘skills’, or processes, and the more they practice, the better and more efficient they become.  Does it mean they have the right processes, or do they have the wrong process done well?  In theory, practice coupled with analysis and review will provide that answer.

The recent WannaCry malware got me thinking about processes and risk.  (There’s an overly simple, good enough explanation of WannaCry here).  From what I understand, nearly all of the PCs affected were unpatched, either due to poor patch management processes (operational risk #1), or because the computers ran outdated versions of Windows that cannot be patched (operational risk #2 – although Microsoft provided an unprecedented security patch for Windows XP users in this case).  I’m not a security expert, and don’t profess to know what companies need to do, but even a tabletop exercise to consider variables and potential outcomes would prepare companies to handle situations better than doing nothing.

It’s easier to do nothing

That’s a snarky comment.  How often, though, do you or others say “we’ll get to that later”?  Think about all the examples and pick the ones that resonate with you:

Tying together writing, processes and doing something, I recommend the simple consultant’s view of getting things done:

0 Comments On “Writing as natural as breathing”